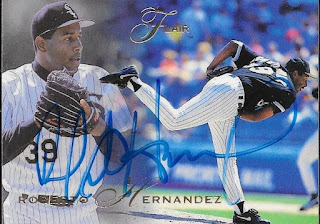 I got a bunch of 90s and 2000s cards signed when I received this TTM success from former pitcher, Roberto Hernandez.

Flair always looks good when signed, so I was glad this one got done. 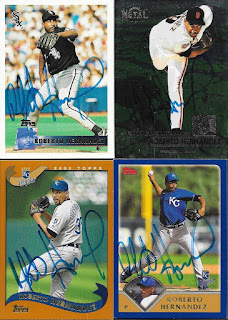 I always enjoy seeing 2003 Topps get signed. I wish I had more of them.

I mailed to Hernandez on March 23 and got the cards back on April 2, for a 10-day TAT.
Posted by William Regenthal at 8:58 AM