May 2019 Graphing of Potomac Nationals at Down East Wood Ducks 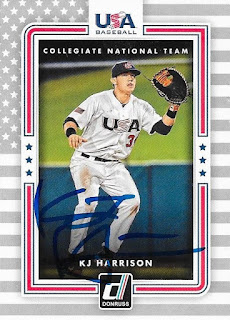 Last week, the Potomac Nationals came to Kinston for the first and only time this season.  Luckily, I finished off most everything that I had for them.  KJ Harrison limited to 2 per, so I had a fvew of his cards leftover, but they were all the same kind of card, so it was ok to miss him there. 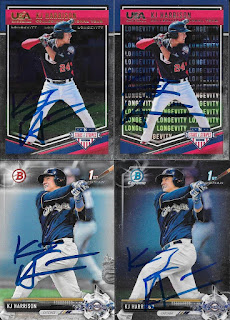 I got a bunch of his stuff done, regardless of him putting up a limit.  I helped my friend, Gerard out with a few for 50/50s as well. 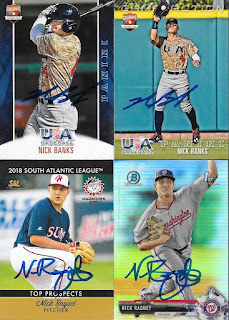 I finihed off Nick Banks and Nick Raquet, and I feel like those two will have moved up be the time I see Potomac next season.  Maybe the Nationals will get some good prospects in to take their place. 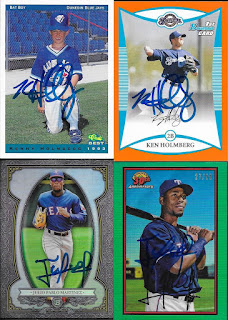 My COMC order came in before this series started, so I was able to get Kenny Holmberg on his bat boy card from 1993 Classic, and also a 2011 Bowman orange parallel.

I also got a couple 2019 Bowman JP Martinez inserts done, and they turned out really well.  I had to run him down, since he went under the bleachers, but the cards got done.
Posted by William Regenthal at 8:45 PM