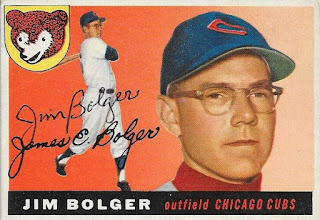 I added a couple more 50s cards to my autograph album with this success from Jim Bolger.  I wanted another 1955 Topps represented, so I picked this one up.  It turned out nicely with Bolger's signature. 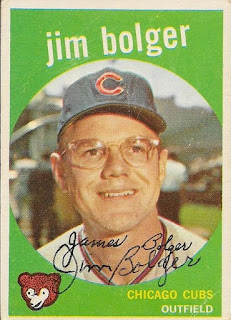 I also liked this 1959 Topps, and thought the green card would pop pretty well in the album.  I'm really glad that I completed both of these sets, and am now adding some of them to the autograph album.