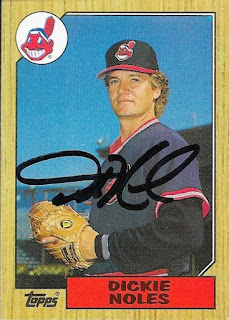 It took a bit, but I was finally able to cross Dickie Noles off of my needs list for my 1987 Topps set.  The card came back signed in black, and turned out well. 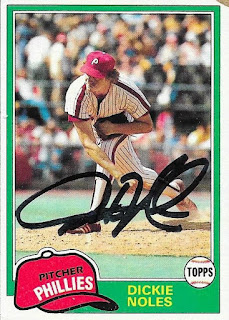 I also got Noles on a 1981 Topps card, as well, since I had a bunch of them signed already.  You never know when you'll decide to torture yourself by starting an autographed set, and I have been able to add a ton of 81s.