When The Music's Over, Turn Out The Lights 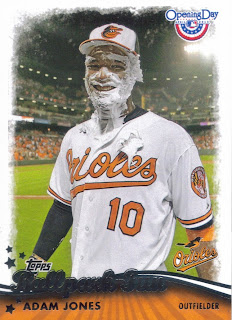 Well, as you all may know, I tend to wear my emotions on my sleeve as far as the Orioles (and other things in life) are concerned.  I vented on this blog on August 27 after they were smacked around at that time.  I think it was the 3 game sweep by the Diamondbacks, but I don't remember now.  This season has been a great one, regardless of how they have tanked it in September.  Manny Machado emerged as a star (before he hurt his knee on Monday, but thankfully, he will be back).  Chris Davis has shattered the Orioles' single season home run record.  Chris Tillman solidified himself as a top starter and has the most wins for the Orioles (16) since Mike Mussina won 18 in 1999.

A lot of things have gone wrong for the Orioles since the All Star Break, most notably, the bats have gone into a deep freeze and the bullpen hasn't been what they were last year.  The Orioles have proven that last year was no fluke.  They may have had quite a few things go their way last year that haven't panned out this year, but they are relevant.  No longer are they the doormat of the AL East.  They appear to be here for the long haul, seeing as their core players are all very young and are locked up for the next few years.

So, yeah, I'm upset that they didn't make the playoffs, but they do look poised to contend for the foreseeable future and two years ago, that seemed eons away.
Posted by William Regenthal at 5:43 PM