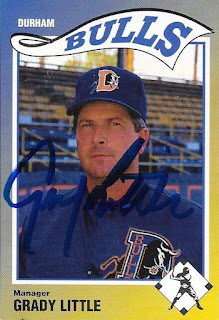 I found this really cool 1990 Durham Bulls team set card in a box at my LCS.  I had seen that Little signed TTM, so I made sure this was one of the two cards that I would mail.  The other one was the 2003 Topps shown below. 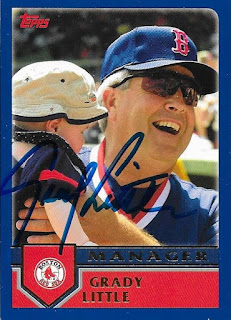 Posted by William Regenthal at 10:56 PM