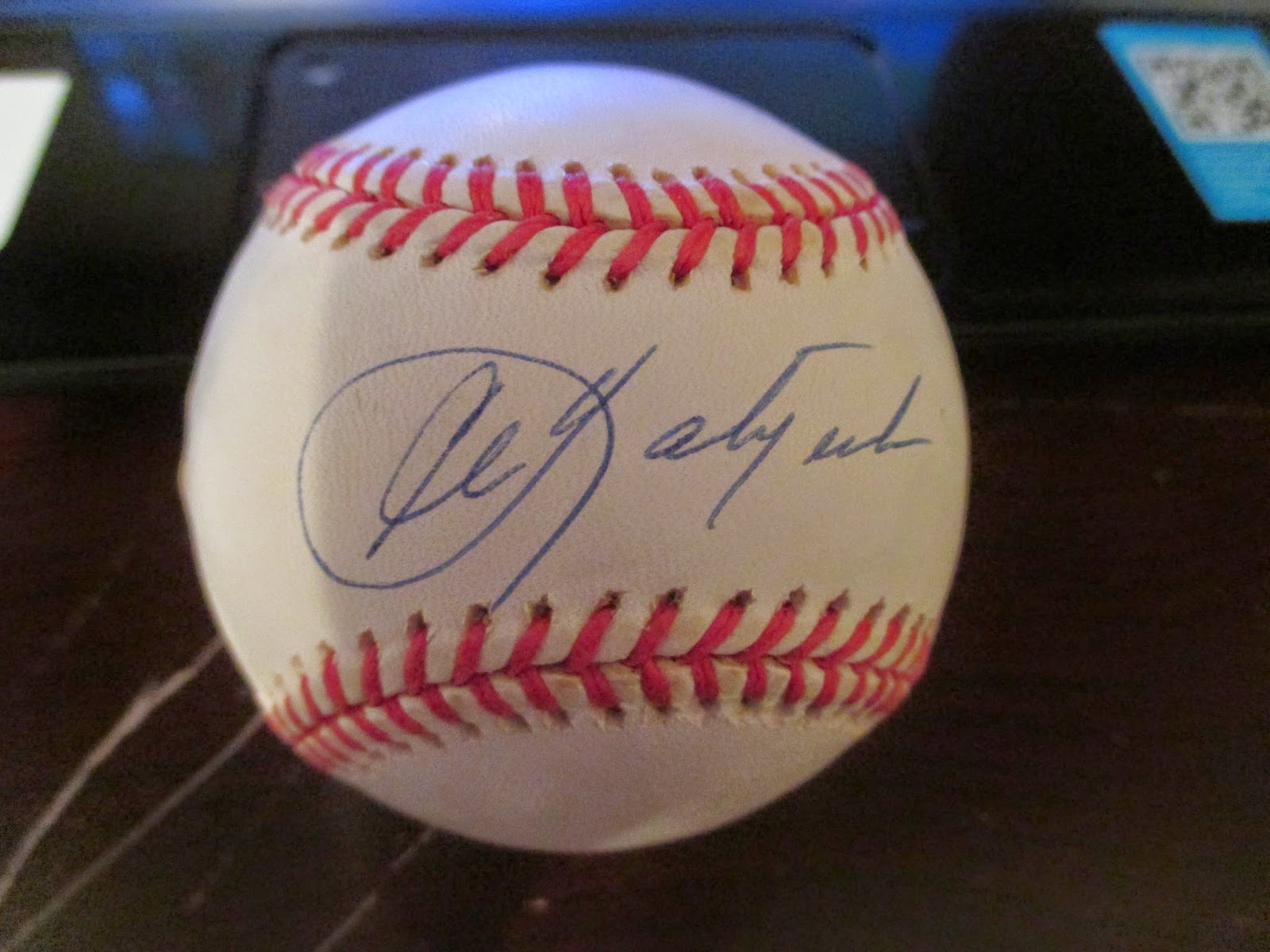 It has been a little bit since I have added a new baseball to my Hall of Fame collection.  This ball, my 101st, is of Red Sox legend Carl Yastrzemski.  I got the ball for a steal during the Spring auction at collectauctions.com.

Furthermore, in his Triple Crown year, not only did Yastrzemski take top honors in those categories, but he also led the league in runs scored, hits, OBP, slugging, OPS and total bases.

It is common knowledge that Yastrzemski never won a World Series.  Though, it is no fault of his own when you look at his stats.  In the two World Series in which he played (1967 and 1975) he batted .352 with 3 home runs and 9 RBIs in 14 games (this means both World Series went 7 games).

Yaztrzemski was elected to the Hall of Fame in 1989 (his first ballot) when he was named to 94.6% of the ballot.
Posted by William Regenthal at 5:46 PM