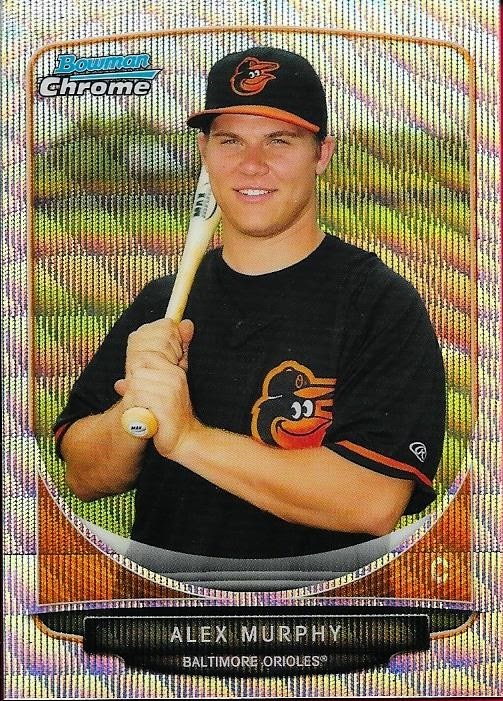 I was really worried about this card.  I made a deal with a guy named Jeff on Instagram, paid him via Paypal, then a week or so later, as I was waiting on the card to arrive, Jeff closed his Instagram account.

I wasn't too happy about that because I was afraid that I had no way to get my card, or my money back. Luckily, I remembered that I had Jeff's email because I paid him via Paypal, so I shot him an email asking him what was up.  It turned out that Jeff was pissed off because some kid had scammed him out of $200 worth of cards, so in a fury, he closed his account.  To compound the issue, he had thought that he sent my card, but it had ended up under another trade stack and had been forgotten.  Thankfully, Jeff sent my card immediately and it got here in no time, and I now have this awesome Alex Murphy Bowman Silver Wave. The card is numbered 17/25 and looks great.

I seriously doubt Jeff was trying to scam me, since i only paid $10 for the card and he sent an additional card for my trouble.  Folks make mistakes, but I'm glad we were able to catch this one and correct it quickly.
Posted by William Regenthal at 4:26 PM